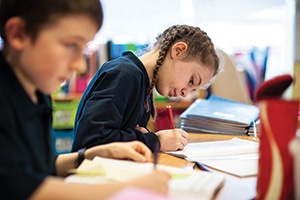 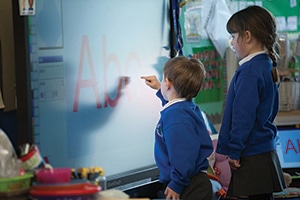 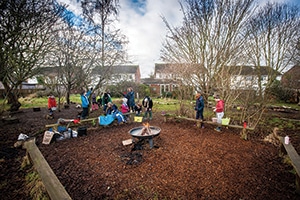 Any parent whose child is refused any school place(s) for which they applied, has a statutory right of appeal to an independent appeal panel.

Where a child has been refused entry to a school, parents should receive, in writing, full reasons why the application was unsuccessful, in light of the published admissions criteria for the school. The letter to parents must inform them of their right of appeal, including details of how to make an appeal (a pre-printed form can be used) and the person to whom they should send their notice of appeal.
During the normal admissions round all of the above actions are undertaken by the County Council on behalf of the school.

Parents should lodge their appeal within the period specified by Governing Body but this should not be less than 14 days (10 working days) from the date of notification to parents that their application for a place at the school was unsuccessful.

Sometimes parents submit a late appeal because of difficult circumstances or because they did not understand what was required. The Governing Body should not unreasonably refuse to accept a late appeal.

Notice given to parents of the date for the appeal hearing

Parents will receive written notice at least 14 days (10 working days) before the date their appeal will be heard, unless they have agreed to a shorter period. If they do agree to a shorter period, parents should confirm this with the clerk to the panel in writing. Appeal hearings will be held within a reasonable time – normally within 30 school days of an appeal being made or, for appeals made during the normal admissions round, within 30 school days of the specified closing date for receipt of appeals.

One appeal panel will hear all the appeals for the school.

The venue for the appeal

The appeal will not be held on the school grounds but at a more neutral location.

Constitution of the appeal panel:

The panel must also consist of three or five members appointed by the governing body or bodies from the following categories:

The following people are disqualified from membership of an appeal panel arranged by a governing body (or jointly with other governing bodies):

Ensuring that there is a quorum of panel members

Where a panel with five members has begun considering an appeal and any of the members die or have to withdraw for any reason, the panel may continue to sit, provided that:

When panel members receive their set of papers for the appeal, they should notify the clerk to the panel if they know any of the appellants so that the appropriateness of their being on the panel can be considered.

It is good practice to inform parents in advance of the names of panel members, where possible, and the category they come under (i.e. lay member or person with experience in education), so that they can raise any doubts as to the impartiality of particular panel members before the hearing itself.

Each panel must have the services of a clerk. This will not be a member of the school staff.

The chairperson should explain at the start that the panel is independent and that if it upholds the parents’ appeal, the decision will be binding on the admission authority concerned. The chairperson should conclude the hearing by asking parents if they have been able to raise all the issues they wanted to, and if there are any additional points they would like to make.

The admission authority arranging the appeal should provide a presenting officer who must present their decision not to admit the child as clearly as possible and giving all the relevant information. The officer should be prepared to answer detailed questions about the case being heard and questions about the school and its admission arrangements, and will need to be present throughout the hearing to be able to do so.

Preparation and production of evidence

At least 7 days (5 working days) before the hearing (unless parents have waived their right under this guidance to a period of 14 days’ notice of their appeal), the admission authority should supply the clerk of the appeal panel with the following documents which should be circulated to the panel members and sent to the parents:

Parents should be encouraged to attend the hearing and it is important to arrange a time and a place that enables them to do so. Nevertheless, in some cases, particularly with multiple appeals, it may not be possible to offer parents alternative times for their hearing unless there are exceptional reasons why they cannot attend the appeal at the original time which has been offered (see also paragraph A.5 on religious holidays or religious observance). If it is not practical to offer an alternative date, the appeal will have to be decided on whatever information is available.

The panel should allow the parent to be accompanied by a friend or to be represented.
Parents are entitled to decide how to organise their presentation to the appeal panel but it is unlikely to be necessary for witnesses to attend.

The Clerk to the Appeals Panel will brief the parent(s) and/or representatives before the hearing begins.

They will then be invited into the panel room as well as the Governing Body’s representative.

At the start of the hearing the Chairperson will welcome the parent(s) and/or representatives, introduce those present and explain the procedure. It will be stated that the panel is independent of the governors and that its findings are binding on them.

The order of hearing will be as follows:

The Appeals Panel may ask questions at any time. The Clerk may be called upon in an advisory capacity during the hearing.

When the discussion has been completed, everyone except the panel will leave the room.

In addition to notes taken during appeals to assist the panel’s decision-making process the clerk of an appeal panel should keep brief notes of the proceedings, the attendance, the voting and the decisions (together with the reasons for these decisions) in such form as the admission authority may agree is appropriate. Such documents are the property of the appeal panel and should not normally be available to the parties. Notes of the proceedings may be typed or hand written and should be clear.

Decisions taken by the appeal panel

The decision of the Admission Appeals Panel is binding on the Governing Body and can only be overturned by the courts. Appeal panels should aim to arrive at unanimous decisions. If this is not possible, appeals must be decided by a simple majority of the votes cast. In the case of an equality of votes, the chair to the panel will have a second or casting vote.

Notification of the decision to parents

The panel must communicate the decision, and the grounds on which it is made, in writing to parents and the admission authority.

We use cookies to ensure that we give you the best experience on our website. If you continue to use this site we will assume that you are happy with it.Ok