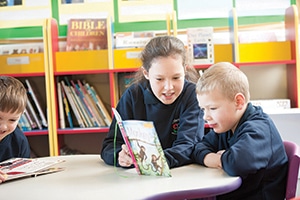 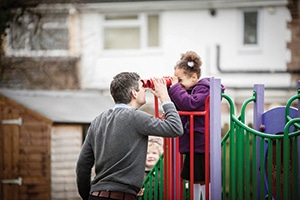 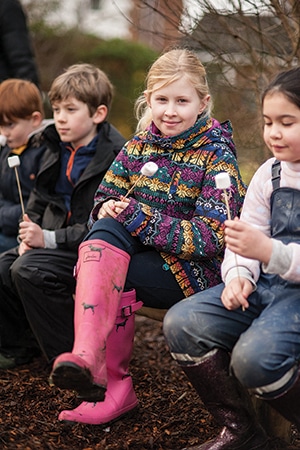 The school will admit up to a maximum of 30 into any one of two Reception classes. In general pupils will be admitted in the school year in which they reach their fifth birthday. This will be without reference to ability or aptitude, subject to the maximum number of places available.

This policy and criteria should be read in conjunction with the Guide for Parents and Carers. Parents are now encouraged to apply for a school place online at www.gloucestershire.gov.uk/schooladmissions. If you would like to apply in writing you should contact the Admissions and Transport Team Shire Hall, Gloucester, GL1 2TP and request that the relevant forms.

Where applications for admission exceed the number of places available, the following criteria will be applied in the order set out below to decide which children to admit:

1. Children in Public Care – (Looked After Children).
The highest priority for admission will be given to a ‘looked after child’.

3. Children of full or part time salaried members of staff who have been employed at Warden Hill Primary School for two years or more at the time of the application for admission, or of a member of staff recruited more recently to fill a vacant post for which there is a demonstrable skill shortage.

4. Children for whom only one particular school is appropriate due to an exceptional medical condition. Applications under this criterion will only be considered if they are supported by a written statement from the child’s doctor. This must demonstrate that there is a very specific connection between the medical need and the facilities or resources of the school concerned.

Where any particular category at points 1-4 is oversubscribed, criterion 5 (strongest geographical claim based on straight line distance) will be used to determine which child will be offered a place.”

In the event of a tie between two or more children when applying criterion 5 (strongest geographical claim based on straight line distance) where there are not enough places available to offer all children a place at the school, a process of random allocation will be followed by the Governing Body.

An appeals procedure exists in the event of oversubscription, and is available on our website here.

We are required to admit a child with a statement of Special Educational Needs (SEN) or Educational Health Care plan (EHC) that names Warden Hill Primary School in their statement, even if the school is full.

The Governing Body acknowledges the updated advice from the Department of Education that, parents/carers of “summer born” children (born between 1 April and 31 August) may request to start the Reception Class of a school a whole academic year later. The Governing Body will make a decision on behalf of Warden Hill Primary School. We follow the Local Authority process which states that parents can only apply for a Reception place at a school once and must apply for a place during the standard application process timeline for their chronological year group, stating their reasons for requesting deferred entry to the following year. The Governing Body will decide whether the deferred entry can be approved for the school. A form for application for a deferred place is available from http://www.gloucestershire.gov.uk/startingprimary.

The term ‘normal admissions round’ refers to all applications for admission to the main year of entry of the school i.e. Reception for Infant and Primary Schools. Applications made during the normal admissions round will be made in advance of the academic year in which the child is due to start at the new school. Children are entitled to a full-time place, however, may attend part-time until later in the school year but not beyond the point at which they reach compulsory school age.

The school has signed up to the In-Year Fair Access Protocols held by the Local Authority. Should a vulnerable child within these Protocols require a place at the school, they will take precedent over any child on the waiting list. (Para 3.21 of new code).

Parents in Service Families are directed towards the GCC Guidance Booklet: http://www.gloucestershire.gov.uk/schooladmissions. This protocol is devised to ensure that the school complies with the requirements of the School Admission Code 2014 to ensure that our procedures or criteria do not disadvantage children who arrive in the area outside the normal admissions round and the particular challenges for children of UK service personnel and other Crown Servants.

Any applications for a school place made outside the normal year of entry to the school must be made directly to the school office. In accordance with their statutory duty, the Resources Committee will be responsible for offering school places to children on behalf of the Governing Body. This will follow the admissions criteria. (see appendix 2)

In year applications are all those made outside the normal round of admissions for children of compulsory school age i.e. those applications made during the academic year for a school place in Reception. The Local Authority will no longer be responsible for offering places to children on behalf of all schools/academies, but the Local Authority does maintain the statutory duty of being aware of all pupils and vacancies within schools/academies within Gloucestershire. To apply for a place at Warden Hill Primary, parents should therefore contact the school in the first instance.

No school transport is available to the school.

If the circumstances change between the date of allocation and the starting date, the place may be withdrawn. There is an appeals procedure for unsuccessful applicants and details are available from the Chairman of Governors or the Clerk to the Governors and are available on our website here. Warden Hill School supports the Local Authority Admissions protocols. These can be found at www.gloucestershire.gov.uk/schooladmissions.

Admissions arrangements are available through the school website and the Local Authority.

Parents moving into the district or considering sending their children to the school are invited to contact the Head Teacher to arrange a visit. Entry into the school will follow exactly the same procedures as entry into Reception at the normal admission time.

As explained at the beginning of this policy the number of children we can accept into each year group is 60.

If a parent wishes their child to join the school and the year group is full parents should appeal to the Governing Body and the appeal process outlined above will be followed.

However, where a child has been permanently excluded from two or more schools and at least one of those exclusions took place after 1 September 1997, the parents’ right of appeal against a decision not to offer their child a school place is effectively suspended for two years after the second or any subsequent exclusion.

An ‘In Year Admission Application Form’ can be downloaded here.

Further guidance can be found in the document: The School Admission Codes 2012. Copies of which can be downloaded from the DFE website:

We use cookies to ensure that we give you the best experience on our website. If you continue to use this site we will assume that you are happy with it.Ok