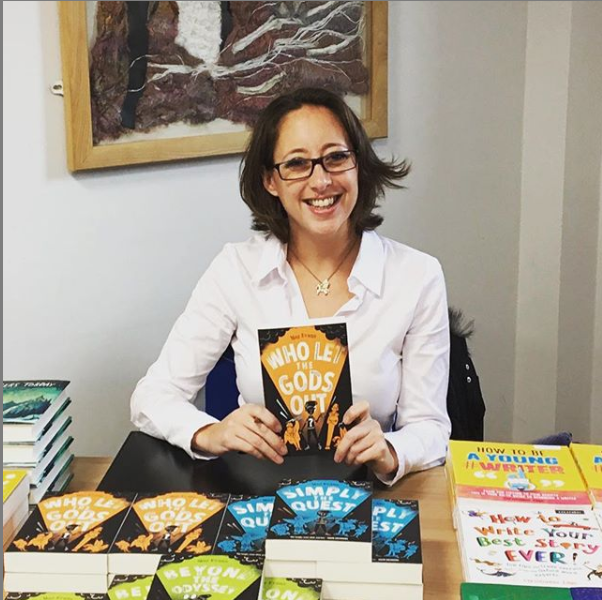 Maz’s debut children’s novel Who Let the Gods Out was published by Chicken House in February 2017 and was selected as the Waterstone’s Children’s Book of the Month. It entered the bestseller charts on its first week on sale, has sold to 17 countries worldwide and has received over 20 award nominations, including the Carnegie Medal, Branford Boase, Books Are My Bag and Waterstone’s Children’s Book of the Year. The sequel, Simply the Quest was published in August 2017, Beyond the Odyssey in April 2018 and Book 4 will publish in 2019. Maz also narrates the audiobooks for the series.

Her acclaimed creative writing events have featured at Hay, Imagine, Edinburgh, Bath, Cheltenham, Latitude, Wilderness and many other literary festivals and primary schools around the UK.